Games with Meaning: Have Fun, Improve Yourself!

Young Forest Games is the central location for all video games with meaning. We create and sell games that are made to help others as their starting point. We instill in each game the values of Truth, Compassion, and Tolerance.

If you want an alternative to games filled with dishonesty, violence, and intolerance, then you have stumbled across an oasis in the desert. Young Forest Games highlights video games with purpose and value that are beneficial for the people who play them and the society around us.

If you came here to have some fun, then click on Games and search our available titles for one you're interested in playing. Join the News Feed and be updated immediately when new games are released.

Go ahead and use our service, and tell us anything that bugs you or that you really really like!

We have a unique perspective and look at each game in terms of how much Truth, Compassion, and Tolerance it contains, and then rank it accordingly. The games that are in alignment with these values are promoted and in some cases sold on the site, while the others are not, and are distinguished as such. This standard allows a different type of game to stand out amongst the crowd and shine brightly for everyone to see.

What We Are Not

Young Forest Games is not your run of the mill casual games distributor or video game outlet. There are thousands of companies that sell the same list of titles, and they're each trying to outdo one another and earn your dollar. Some companies don't make any distinctions on what they sell, and will promote whatever can make the most money. We're not like that.

Don't get us wrong. Every video game has its place, and video games of every sort can be enjoyed. But we really think about the games on our site before they're added, and we let the community decide whether or not we should sell them.

Young Forest Games was recently voted by a panel of 100 Venture Capitalists as one of the top emerging companies in America! You can read more about our Regional Award at Funding Post and PR Newswire.

About The CEO: Derek Padula 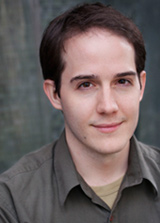 Derek Padula graduated from Western Michigan University with a B.A. in Asian Studies and a minor in Chinese. He studied abroad in Beijing, China in 2003 at the Beijing Language and Culture Institute. Since earning his degree he moved to Los Angeles and helped develop the following video games:

He is a board member of the Westwood College Student Advisory Board Game Design Curriculum of Los Angeles. In his free time he is a martial arts instructor in Shaolin Gong Fu and a Falun Dafa practitioner. In addition, he is a freelance reporter for The Epoch Times, and creates news related videos for New Tang Dynasty Television. He is also an Adjunct Professor at ITT Technical Institute Torrance campus in the multimedia and game development department. He founded Young Forest Games in the Fall of 2006.

Do You Make Games?

If you are a developer who is looking to have their game with meaning distributed or published, please contact us immediately.

Contact us with your finished game and a demo if you have one. We will look at any game that comes our way. We don't judge a book by its cover. Send it in and we'll talk.

Do You Want a Game Made?

Have a great game idea but aren't sure how to get it made? Young Forest Games can create that game for you!

Our unique abilities to instill meaning and value into your game design will set it apart from the pack.

So check out some games, have fun, and improve yourself!